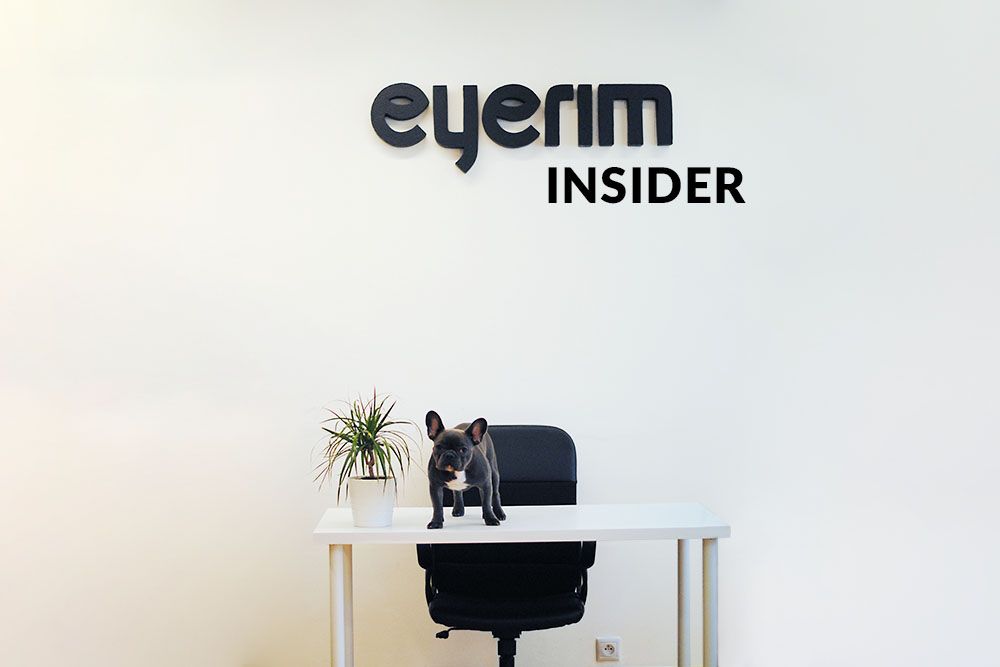 This time, there are a bunch of people we need to present to you! From the UX (User experience) to Finance Dep. to the Logistics. I asked them all some interesting questions and although some answers sounded quite illegal at times, remember I might be just exaggerating. (Or maybe not?)

I admit it, many things have changed in the last 10 months over here at eyerim except the fact that I relish in asking annoying questions when interviewing my coworkers is still the same. You know, there would’ve been no fun in the articles if I asked these beautiful people just boring old questions. I had to add the one question that would make them go like “UGH, what the heck is the actual point of this.” And I love it! From the confused facial expressions to the train of thoughts on “how is this her actual job”, it is always worth every second. Come on then, let’s see whom I irritated the most this time.

(The length of the paragraphs varies by the degree of irritation, I guess…)

Starting off with our UX team on a big note. This guy is eyerim’s Project Manager. Very responsible, creative and fun. Initially, his idea of the perfect photo of him in the office was on the window ledge, romantically working away on his tasks. As you can see, I disagreed with promoting such dangerous working environment (that’s why he looks so sad). But ok, as we established that he really is creative and quirky now, let’s get back to his actual job. Jozef corrects and checks all the ongoing UX projects, communicates with our Developers over at Hatimeria and helps his boys with smaller projects. To the question “What is the worst thing you did as a child?” he told me a bunch of naughty things but realized afterwards he doesn’t want his mum to know so he finished his monologue with “just write that I’m a goodboi”. Sure you are! He loves the young, motivated, innovative people at eyerim and his UX boys. For some reason, Jozef wanted to thank publically his beloved boss Branislav and his best working buddies Jaroslav, Jan and Lukas. (I have honestly no idea what’ve made him feel like he was accepting some award?)

Jaroslav is eyerim’s QC (Quality check) guy. He checks if everything is top notch on the eyerim website, newsletters or in the Jozef’s (above) personal life. He resolves problems, tries to find the cause of it and then just slide it into our developer’s inbox or irritate his colleagues with it in every department at eyerim. And because he is reliable and inventive, he takes care of some other creative UX projects too! He loves working at eyerim mainly because of Jozef (again, the guy above - Iove is love, guys, don’t judge) and the UX team that, as he says, doesn’t work together for that long of a time but they all worked out perfectly. They know and always support each other no matter what. (And I can 100% confirm this - the guys in the UX team really do have this genuine connection that I haven’t seen anywhere else.) And the worst thing he has done as a child? I have to say, I do not want to put some of those things here, so erm... He peed in an elevator. That’s enough.

Lukas is cute. He is our absolutely phenomenal UX Designer who always knew he wanted to be designer one day. Although he hasn’t been working at eyerim for that long, he knows the vital thing about working here - the customer is always the number 1 priority. And as a UX designer, he should know! He does all the visuals for our website along with our other designer Jan (the previous episode of the eyerim insider) and they all must be understandable, clear and distinctive for every customer. He loves working at eyerim because of the UX team (ugh, okay UX we get it, you really like each other), the commitment of everyone at eyerim and the amazing opportunity to do what he loves. The worst thing he has done is a tough one to describe, it’s rather a life or death experience. On a one warm day in his flat on the 9th floor, he was caught involuntary in an unintentional and uncontrolled fight for his pride with an uninvited rude bird. He wanted to save him, show him the closest exit point but the bird wanted to fight. The bird attacked his face, sh*t all over the place and Lukas had to fight back! He hit the bird with a plastic dustpan.* All I can say now is that I have never seen such pain and sorrow in anyone’s eyes before. You could say how hard it was for Lukas to tell this gripping story. Thank you, Lukas, you are very brave.

Here is our CMO, Pavel, calling away with a quite suspiciously satisfied smile. I bet you all would like to smile like this when on a business call, eh? What does Pavel do at eyerim? He’s basically the king of marketing over here. He takes care of everything marketing and with the help of people on his team he tries to transform eyerim into something big, attractive and perpetual. As much as he works with our internal marketing team, he works with the external one. He also takes care of investment strategies and I gotta say, he does all this very well! In his work at eyerim, Pavel loves the amazing opportunity to do what he enjoys and working with skilled professionals who love to do their job well is a joy for him. Implementing the world-known thoughts and trends into the marketing strategy with people who do their jobs with such a passion and fondness is something he admires at eyerim. Pavel is obviously very passionate and was like that as a child too. I guess he uncovered his dedication and spirit when he set a meadow on fire. Yep. A meadow.

What are the odds to find two people working at the same place with the same burning affection (pun intended) of setting fires to meadows as kids? Not many, you think? Well, you’re wrong. Why? The worst thing the CFO, Jan, our lovely smart Czech brother did as a child was setting fire to a meadow. Guess it was a trend back then? Anyways, Jan is now a charming guy who is not involved in any pyromaniac activities anymore. His main job is taking proper care of eyerim finance situation, investments, all the activities in all the departments and eyerim cash flow. He loves his work because of the constant inspiration he gets from the young, dynamic people at eyerim. He thinks the young people at eyerim are the absolute opposite of the common young people who have been given everything growing up and therefore they don’t feel the need to try or to be innovative and creative. He simply admires the motivation and focus the people at eyerim have. Right back at ya, Jan! You are awesome.

This lovely girl is definitely one of the smartest people we have at eyerim. She is our pricing strategist and does all kind of analytics and checking of numbers for business purposes. Working at eyerim is a joy for her mainly because it gives her lots of opportunities, she learns new different things on a daily basis. Ana admires that everyone’s contribution is appreciated and welcomed in any other department. Can you actually imagine her doing something naughty as a child? Yep, me neither. She told me that the worst thing she has done was when she and her friends were regularly going to some stranger’s weddings, dancing and having fun there as they owned it. I let it up to you to decide whether such a thing is more naughty or just cute.

I personally like Martin very much. He’s always nice and always himself. He works in our logistics department where his responsibility is to ensure that we’re ordering needed eyewear from our external stock. He communicates with our suppliers and other departments at eyerim where he reports some imperfections. Martin loves working at eyerim mainly because of the team he works with and he likes his job very much. “You know how when you were at school you were watching the time and couldn't wait until some particular hour when you could go home?” he says and I just nod because of the unexpected question. “Well, I don’t have that here. I like being here and working and usually am really surprised when I look at my watch a see how late it is and that I should actually go home already.” I think this sums Martin up pretty well! Oh and the worst thing he has done as a child? He almost killed himself by accident when playing. Twice. I can’t decide again though if that’s naughty or just sad.

Lukas is one of the newest additions at eyerim. He is part of our logistics team and works closely with our Customer Service. His responsibility is to support the CX on a daily basis and resolve the problems with returns and some mending of the ordered glasses. He really loves working at eyerim because of the people and the people in the logistics team, because of the eyerim spirit and last but in no means least the location of eyerim offices. One of the naughtiest things he did as a child was throwing mud balls to the neighbour's windows. Nice one.

*For the universal benefit, I had to change some facts in this story.

In conclusion, people at eyerim rock and they always will. Even a year after the first episode of eyerim insider was published when just 17 people were employed and today with the 43 awesome people working away and giving it all, it is still so much fun to talk to them all! To hear what everyone has to say about their experience is always enlightening and inspirational. Every person working at eyerim is appreciated. That is why you guys can expect many more office series episodes to come! There are a lot more people to appreciate now.

Content and copywriting are my jam at eyerim. I love japanese cuisine, flowers and simplicity. I don’t get fashion but that’s why I adore it. I studied Chinese language but whilst I’m “all or nothing” kind of person, we broke up in the second year. I was born with a tooth, learned to read as a three year old, Seneca is my biggest crush and I despise umbrellas. 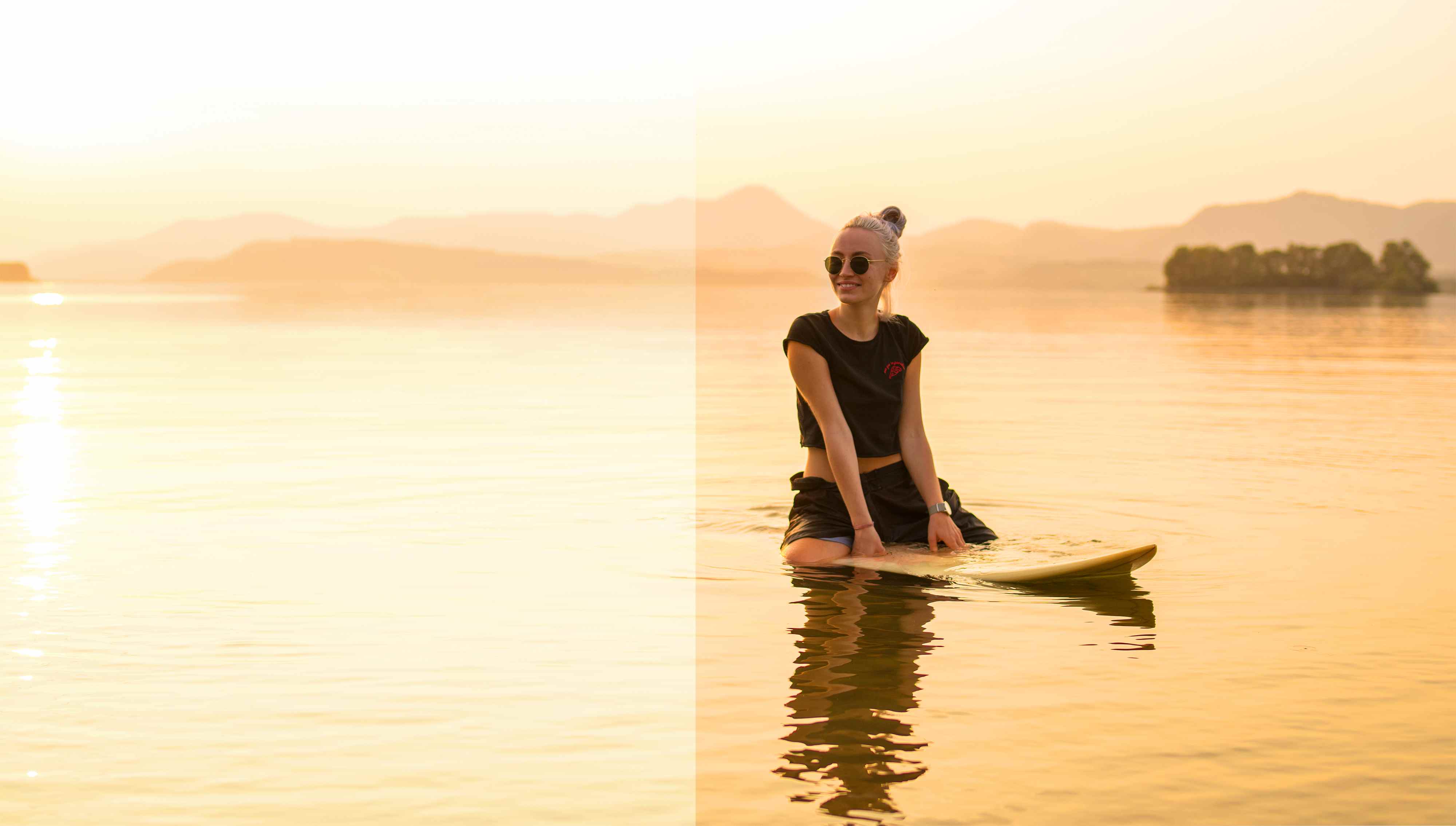 Shades not only for summer: Polarized sunglasses

Summer is in full swing and the sunglasses season is far from over. Make this season even better and get polarizing sunglasses. 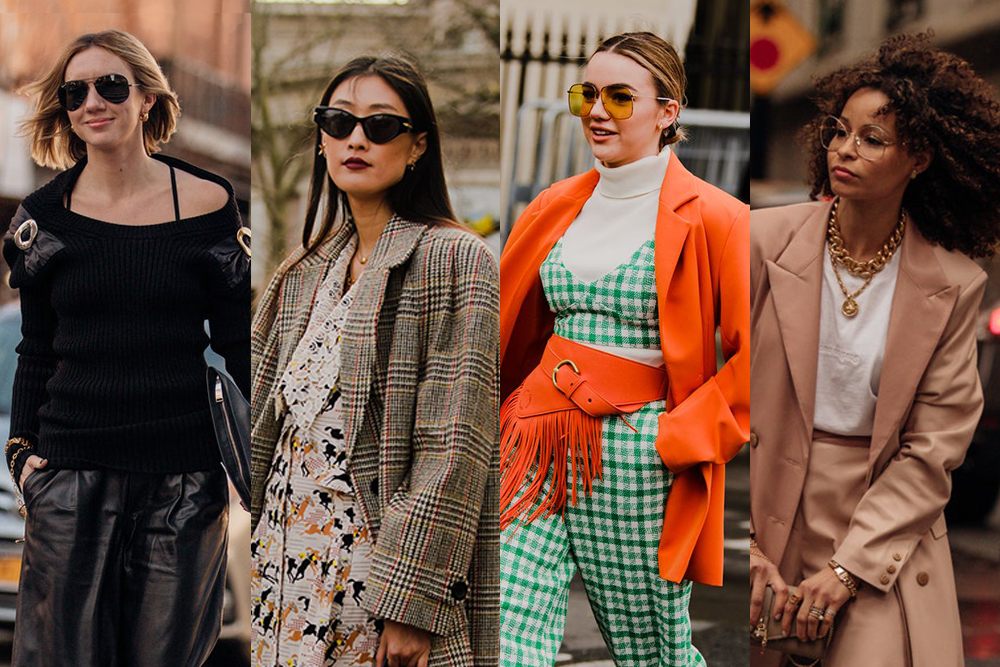 2020 COLLECTION: Hottest trends of the season

Discover the latest eyewear models of the season. Check what’s trending and kick off the approaching sunshine season with fresh shades. 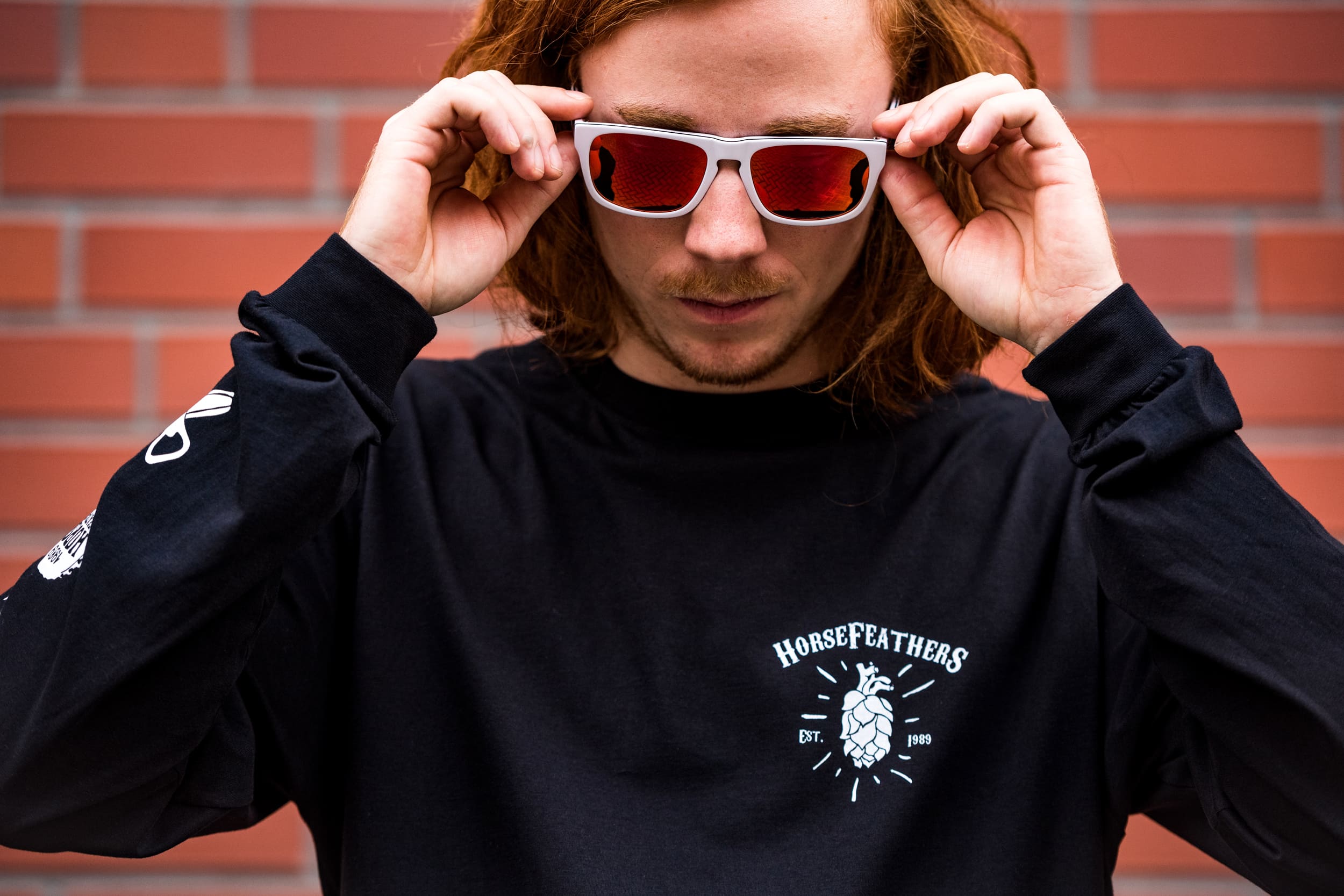 Another month, another brand addition appears in our collection. Here is our summer fave - let’s meet Horsefeathers, folks!